This is not a programming or Python related post. This is more of my personal reflection on the year 2017. I decided to reflect and evaluate my year and see what I got done and what could have been better. Below I have listed some of the stuff which I was able to get done this year.

I love travelling and exploring new places. This year I got a chance to visit UK (Cambridge, Newcastle and London) and Bahrain (Manama). I visited these places in January 2017 and learned a ton about both of these places. Next year (2018) I plan on exploring USA.

Participated in a robotics competition

I participated in a robotics competition for the first time ever! I had never worked with robots before. We programmed our very own Lego robot for the FIRST Global Pakistan regional competition. We won the best design award for our “Aquabot”. It was an amazing experience and I got a chance to make some really good friends. 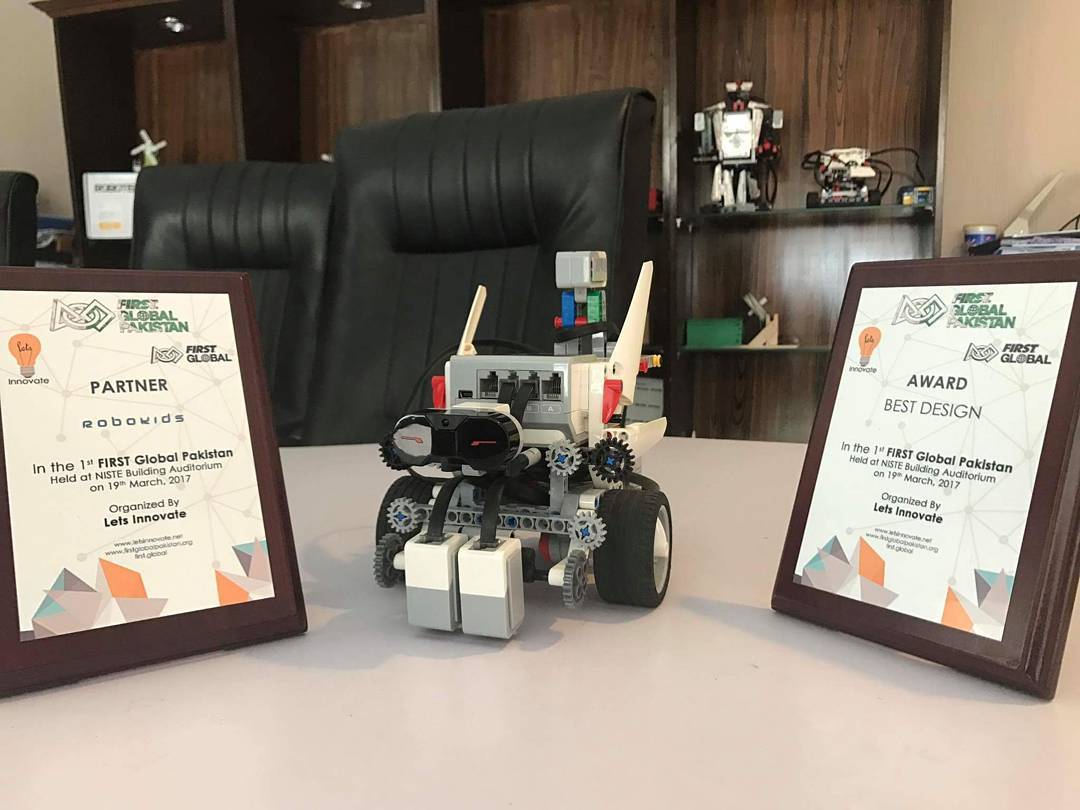 After coming to Colgate I realized that there was a lack of programming events at the institution. The main reason was the absense of a pure programming focused club. I gathered a team and formed a club called. I did it in my first semester at Colgate and till now we have organized four different events/workshops. We even brought in a speaker from Microsoft who gave a really engaging talk about the future of AI and Machine Learning. 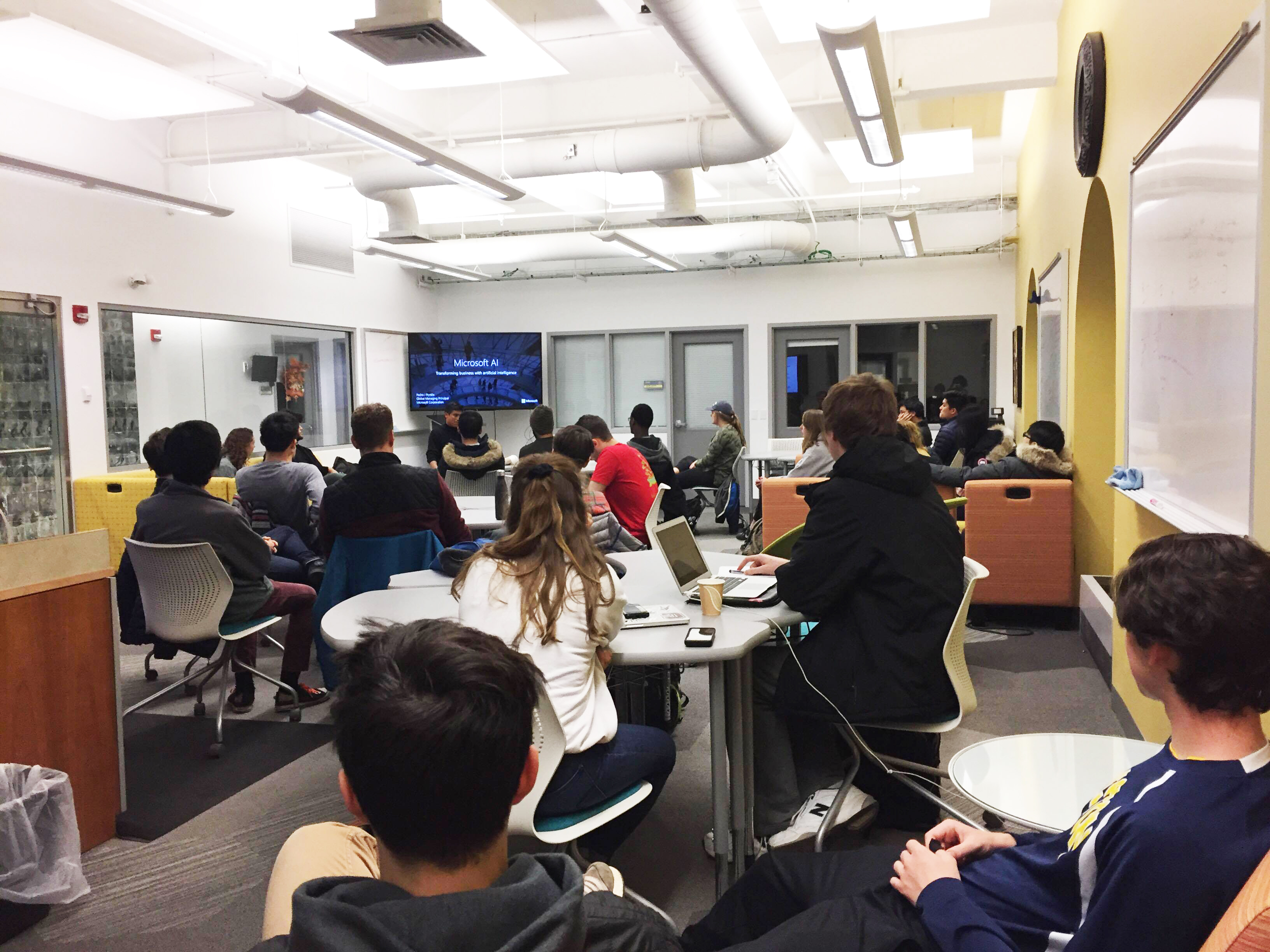 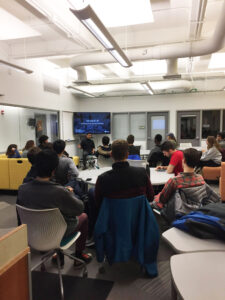 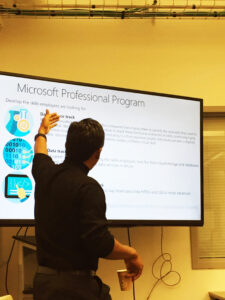 I used to play football till 2013 but then stopped because of a back-injury. This year I decided to start playing a sport again. I spent three months (Sep-Nov) learning how to play Racquetball. In the next year I am planning on participating in various inter-university Racquetball tournaments. Keeping my fingers crossed! 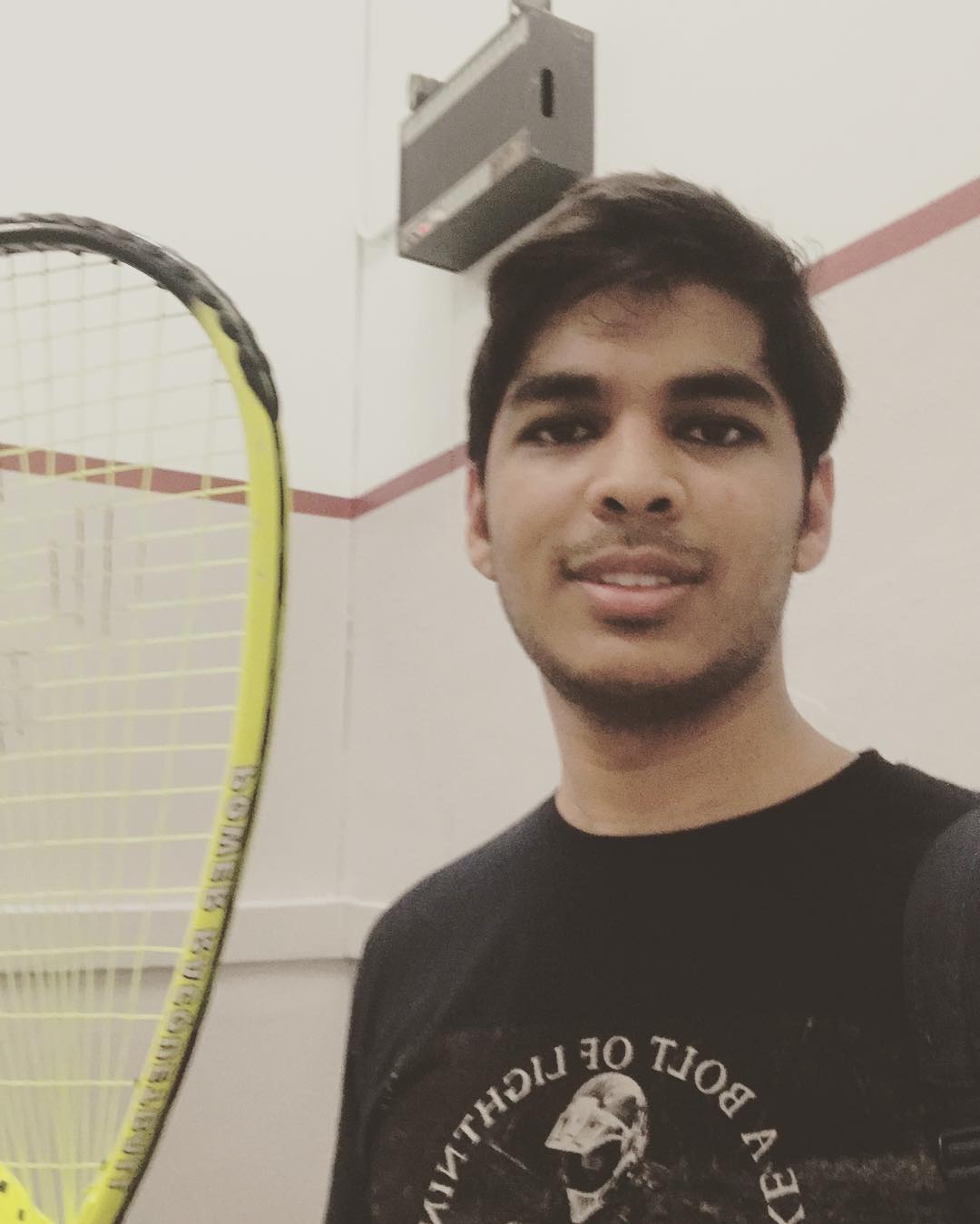 This year I decided to start running. I had always read about the benefits of running and how it helps in keeping one fit but I had never actually done it. After experiencing an extremely painful emotional breakdown I decided to focus all of my energy into doing something productive, hence I started running. I decided to run 100 days in a row so that I could form a habit of running. Initially it was hard as I couldn’t even run 1Km non-stop. I had to walk after a couple of meters. But now I can successfully run 5Km+ non-stop without any problem. There were a lot of missed days as well but I am glad that I was able to complete my 100 days. My next aim is to take part in a 5k or a 10k run during next year (2018). 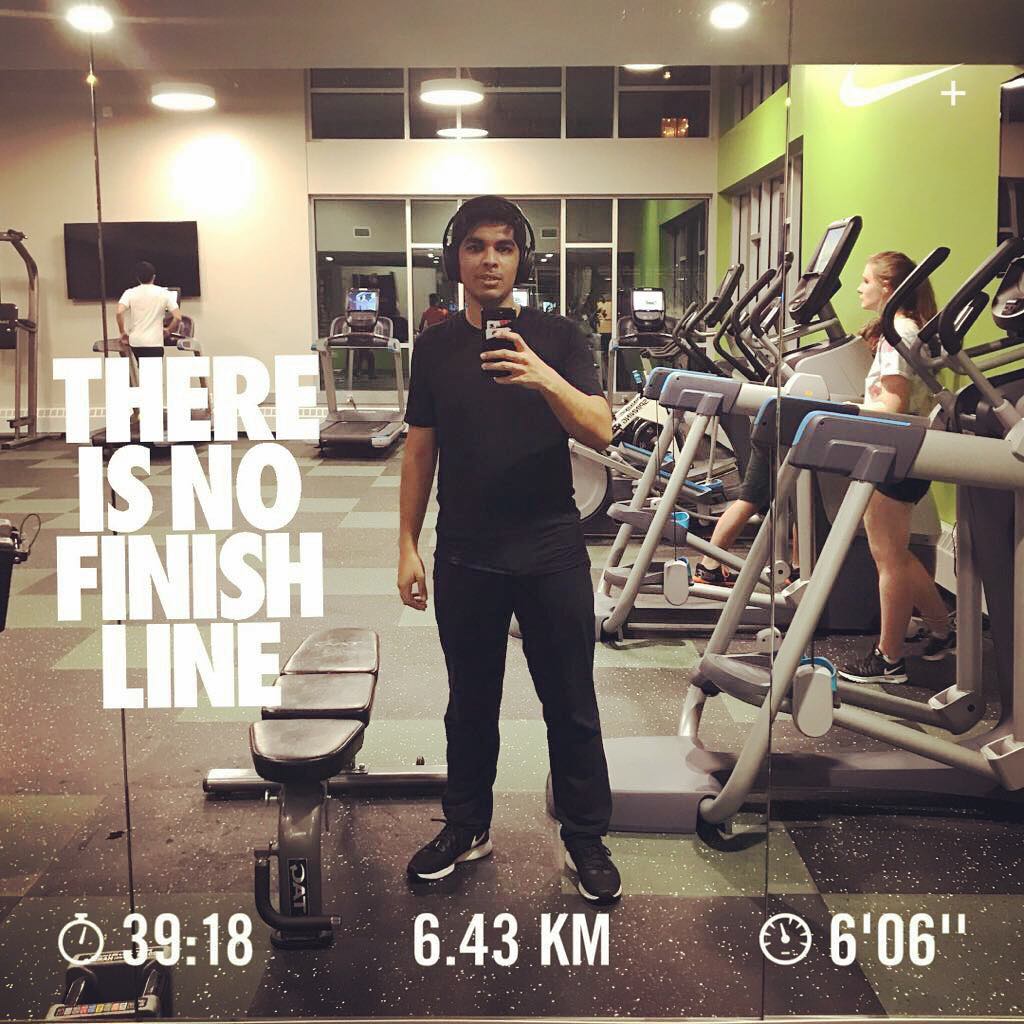 This one ties back to the 100 days of running challenge. I was getting fat by not doing any physical exercise. When your whole day revolves around computers there is little to no need to get up as everything can be done on your laptop/pc. I decided to control my diet a bit and bounce back and lose some fat. I am glad that it payed off and I was able to lose 5Kgs. Although a minute amount, it completely changed my personality. Now I talk to people with more confidence. I don’t know how both of these are related but they surely affect each other. A fit body makes you more confident and improves your personality.

I had never danced in my life till three months ago. It is actually surprising for a lot of people but yeah its true. I always wanted to dance but never got around to doing it because I was afraid. I was afraid that I was fat and that I couldn’t dance and if I did try it I would end up making a fool out of myself. Well this year I was able to forego that idea/mentality and actually learned how to do ballroom dancing and I am glad that I was able to successfully perform in the biggest dancing event at Colgate University. 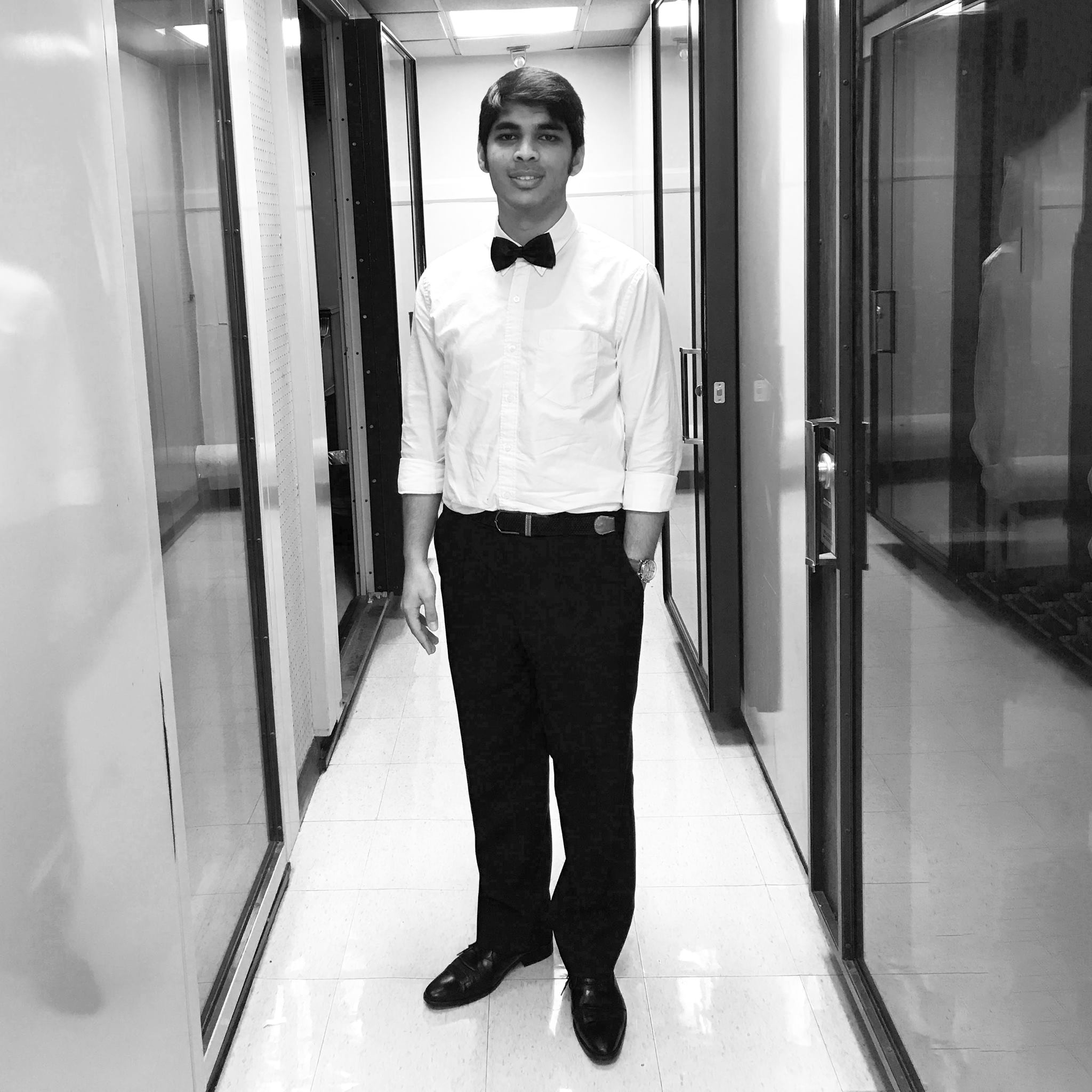 I had never done “real” camping before. As-in I had never gone out on any camping trip where we had to setup our own tents and cook our own food. This year I did exactly that. I went on two camping trips and in one of these trips we actually set up our own tents. We ate hot dogs, marshmallows, smores and played different outdoor games. They were all-around fun trips. Next year I plan on camping in snow. Lets see how it goes!

I love learning new languages. I already knew 6 languages (English, Urdu, Punjabi, Siraiki, Hindi, German) but I wanted to learn more! This year I took up elementary Arabic and successfully completed the Elementary level 1 course of Arabic. Now I can converse in around 7 languages 🎉 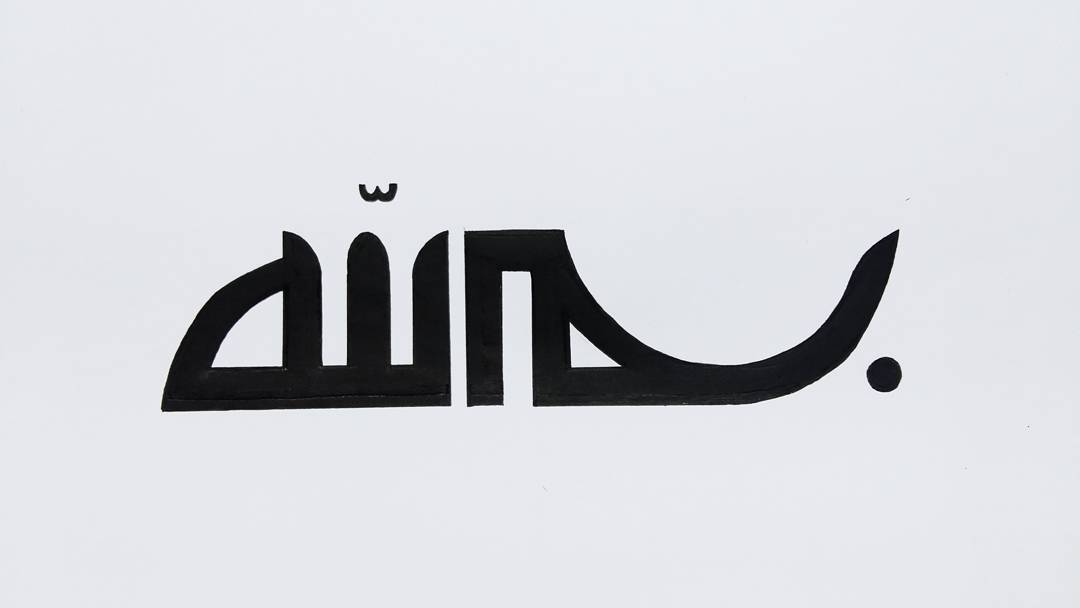 I wrote this using a marker. It says “Bismillah” meaning “in the name of God/Allah”

Became the founding member of a startup 🏅

I became the founding member of a food delivery startup called Xpedite. It does not have any web presence right now but will soon launch in Hamilton, NY. It was fun, enlightening and tiring to plan our trial runs at the end of this year right before my final exams but my team was awesome and we had tons of fun along the way!

Participated in a hackathon 🖥

I participated in UB Hacking at University of Buffalo. When I went to the States my plan was to participate in as many hackathons as I possibly could but due to certain circumstances I could not do that but still I ended up participating in one hackathon. I did not win anything but I was able to mentor someone at his very first hackathon and I helped him submit his first ever hack. It was a fulfilling experience. 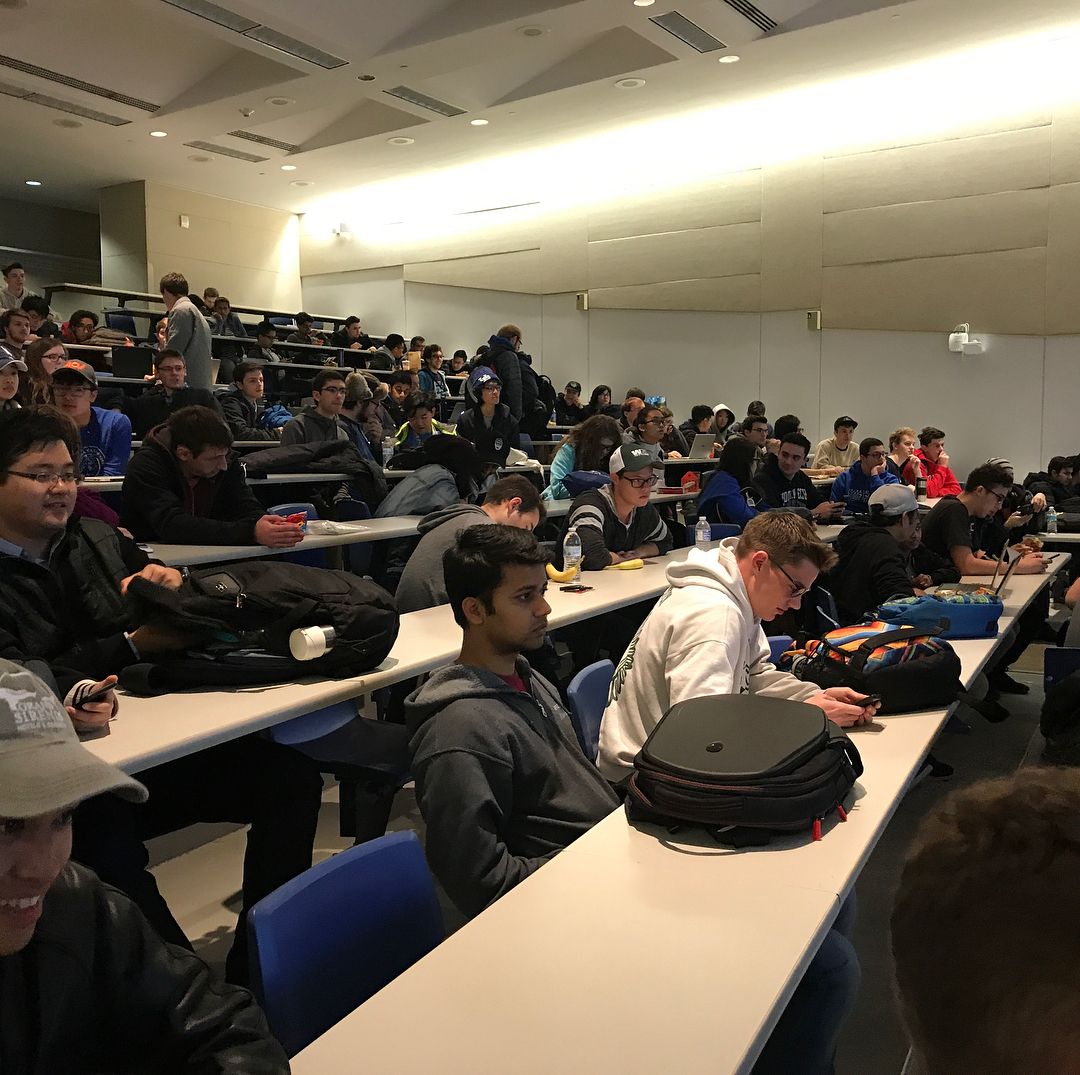 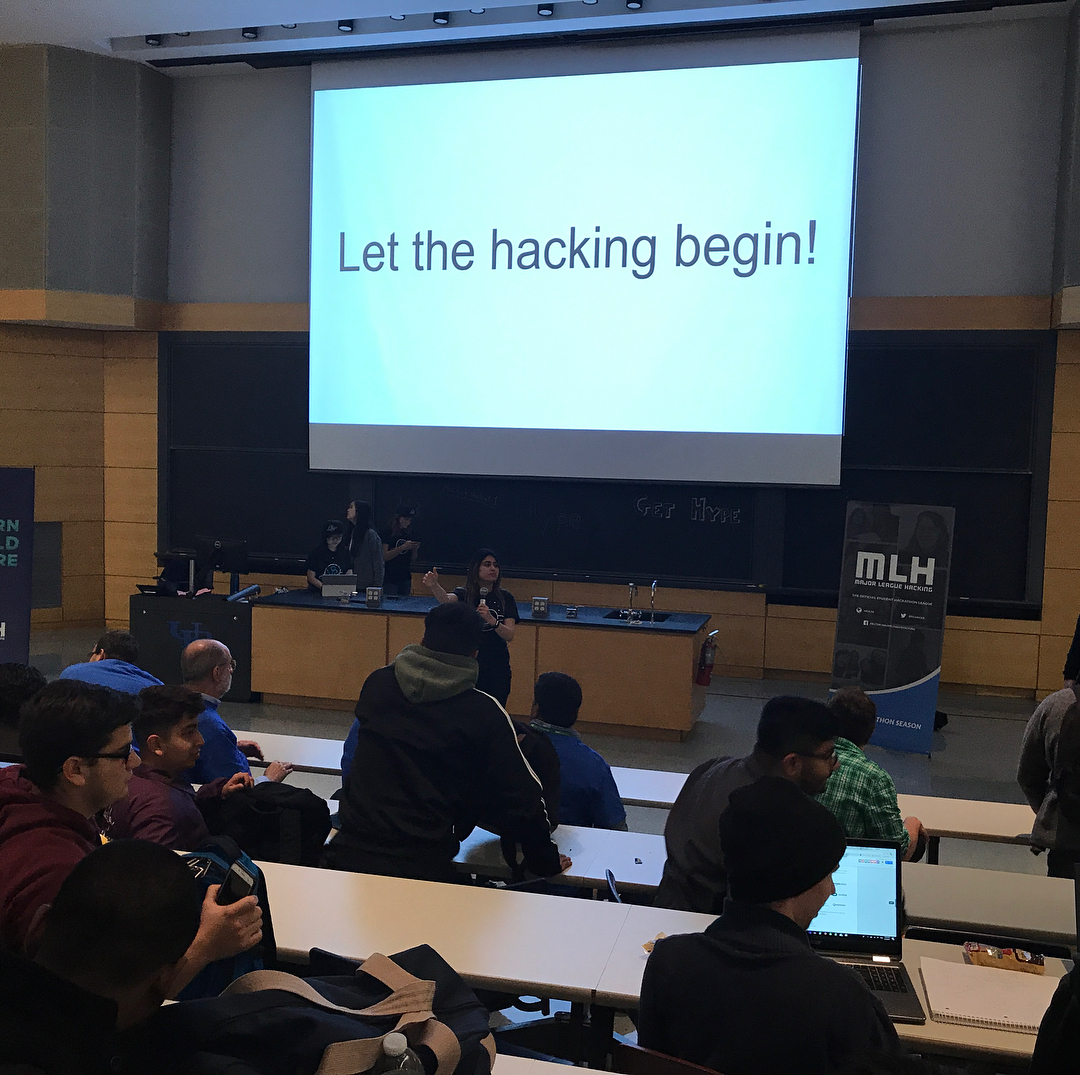 When I started blogging I always had a dream to cross 100,000 monthly page views. I started from 2000-3000 monthly page-views. But I am glad that constant hard-work paid off and now my blog gets 100,000+ page-views each month. I like to think of it as impacting the life of around 100,000 individuals each month. 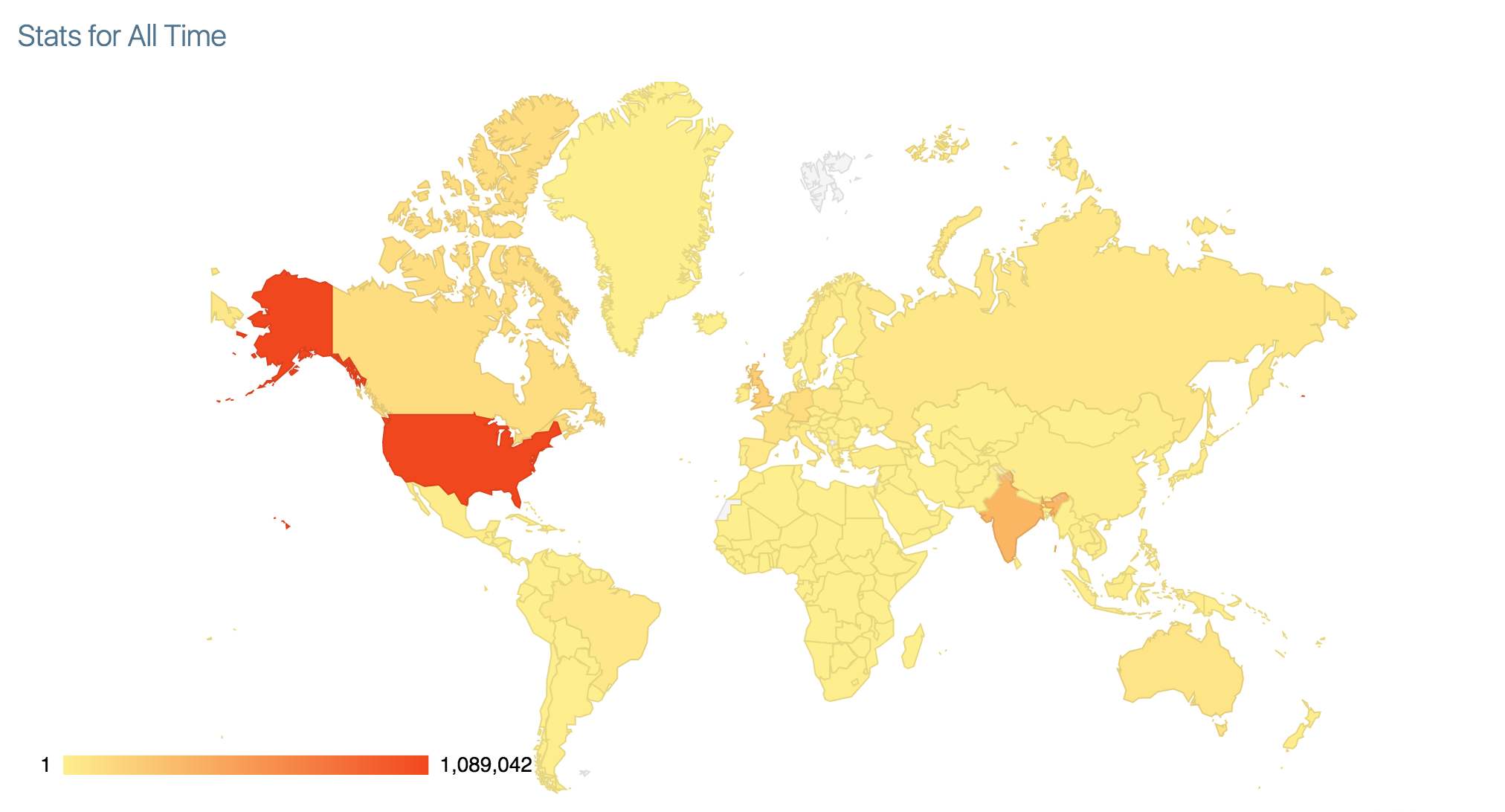 1.5 Million total page-views for my book 🎉

My book successfully crossed the 1.5 Million total page-views this year and I also celebrated the two year anniversary of my book. The book is going strong and so am I ✌️ 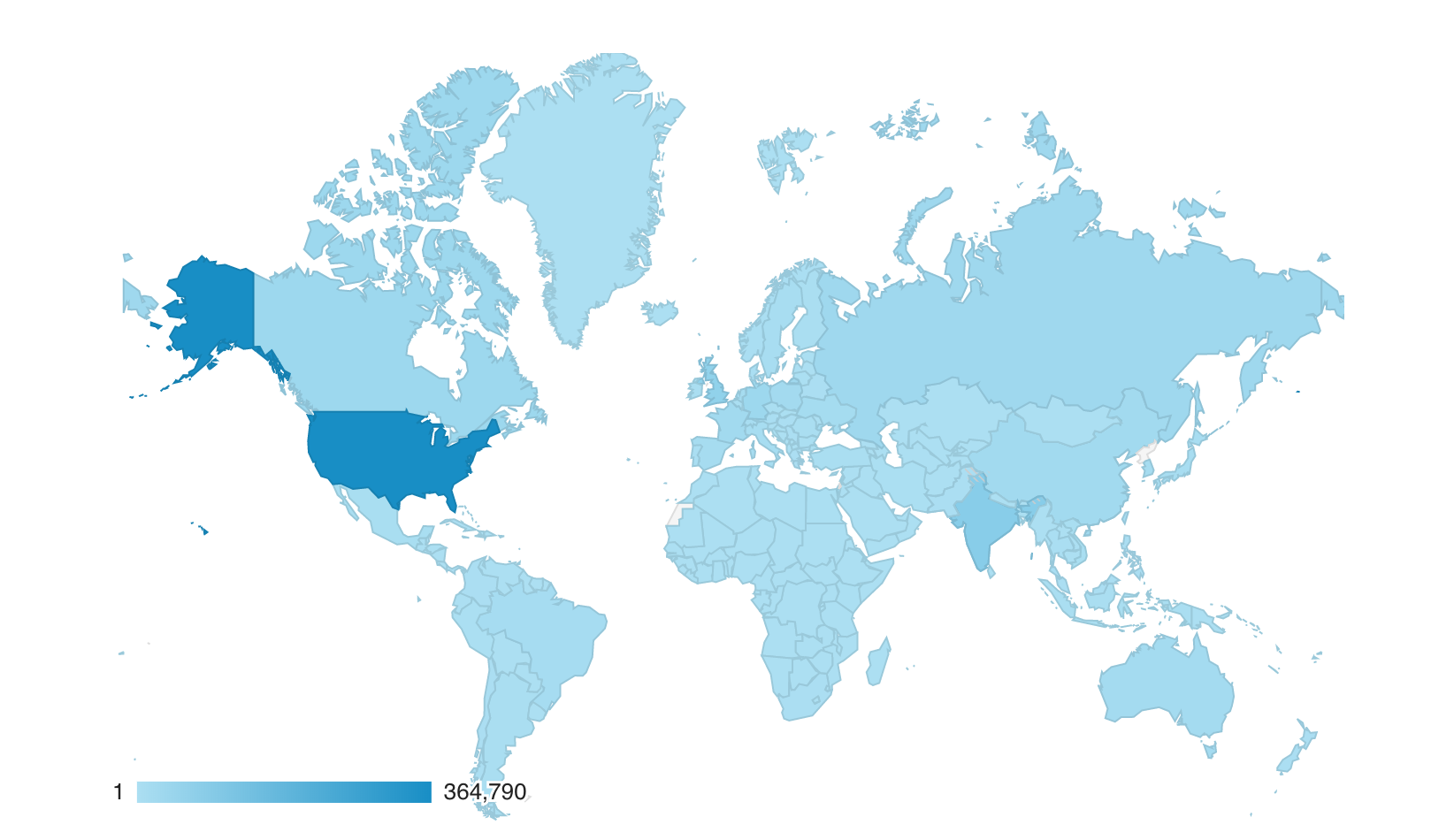 Although I am still not 100% sure about how the scoring system in American Football actually works I actually enjoyed the game. 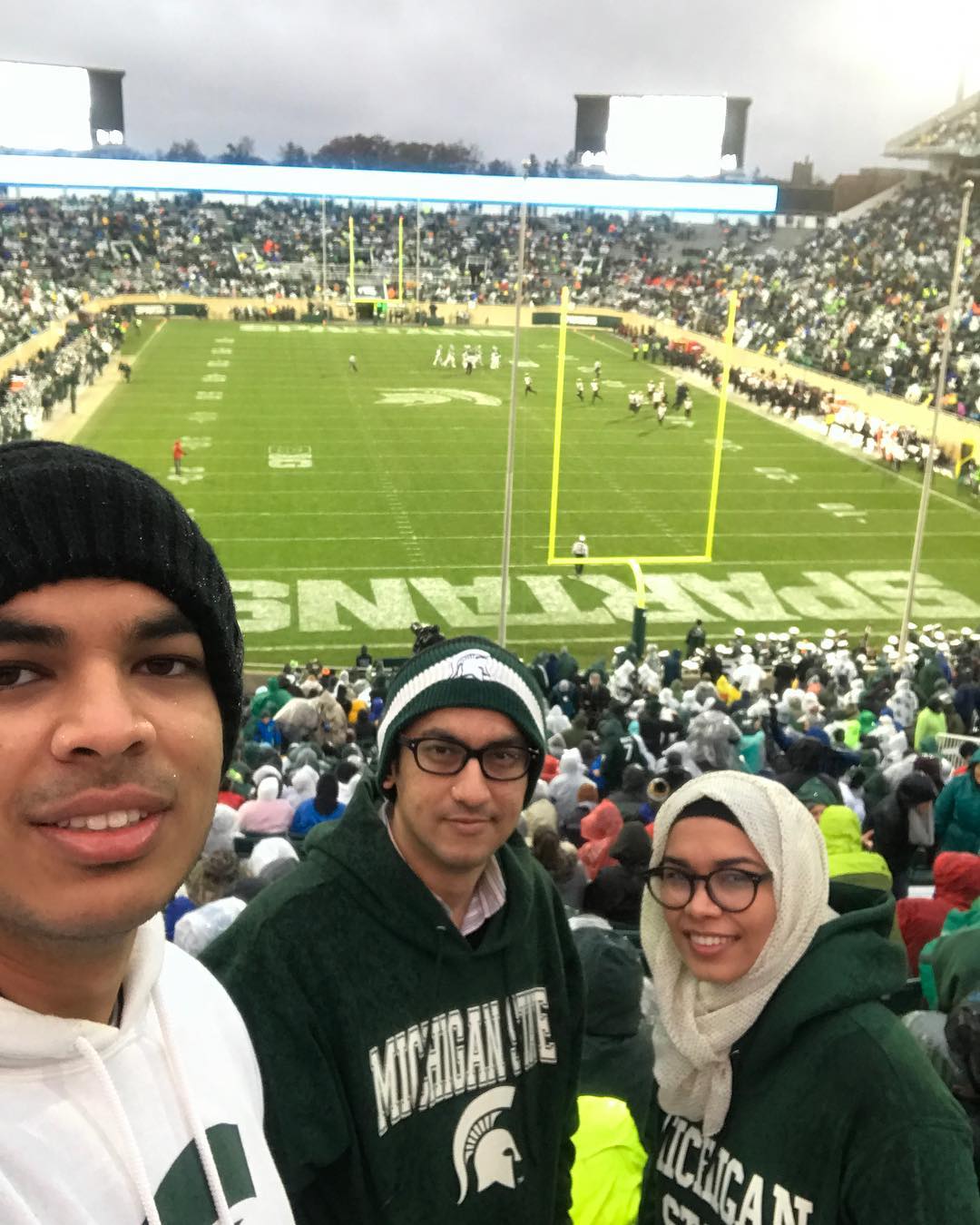 Considering that I am from Pakistan, this was more of a necessity and requirement than an achievement 😂 I am glad that I was able to successfully complete the first semester of my BA in Comp Sci. 1 down 7 to go! 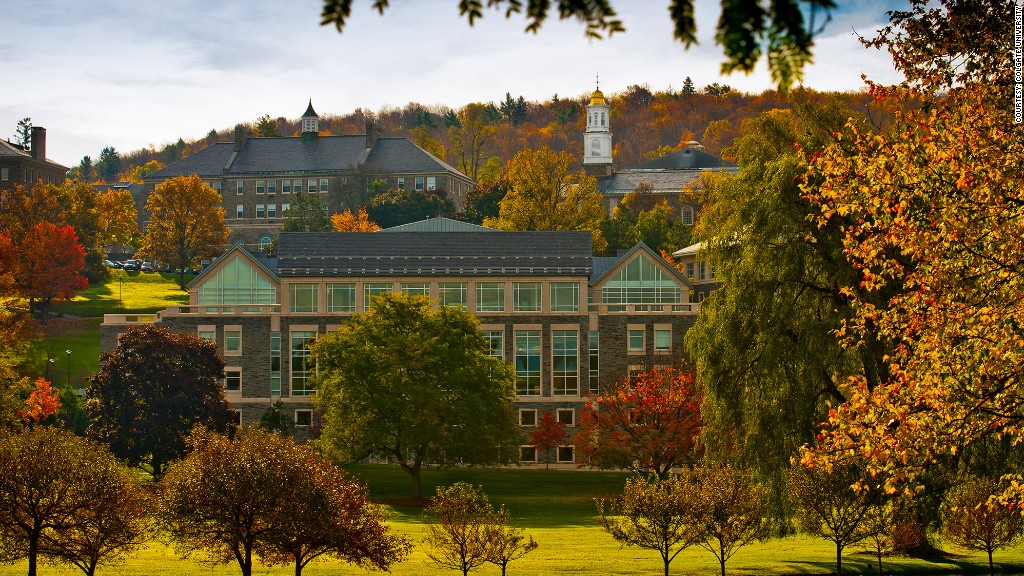 One of my most important takeaway from this year is that never make someone else the reason for your success. Make your own-self the reason for whatever you achieve.

These are the major highlights from the year 2017 and inshAllah I hope to achieve a lot more in 2018! My main aim is to learn how to play a violin. What were the highlights of your 2017? Do share them with me in the comments below 🙂

👉 How I got into programming
👉 DocRaptor review

Sounds like a really great year. I’m blown away with how much you were able to accomplish. Good luck with learning to play the violin!

Apart from a couple of hiccups it really was a fantastic year. Thank you! 🙂

Thanks! You already are on my blog :)

After reading this I feel like your greatest achievement must have been self-cloning so you could accomplish so many different things. Or perhaps you have a time-turner like Hermione in Harry Potter? ;-) You are a remarkable person! I’ll be following your blog to see what more you accomplish in the future…

Thank you very much for your kind words :)